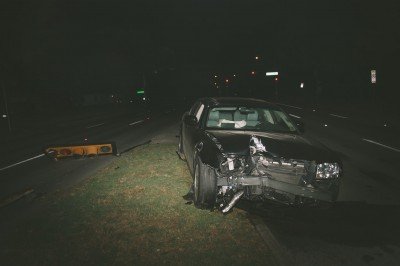 DMV statistics show that repeat DUI offenders make up 27% of all convicted DUI offenders. They will take part in 24% of California’s fatal DUI accidents and 63% of injury DUI accidents. Once someone is a repeat offender, he or she becomes up to 47% more likely to offend again with a five year period than first time offenders. Police know these statistics, and if you’ve had your license revoked or suspended in California for a DUI offense, police already know everything about you -name, address, photo, vehicle description, and you become a potential repeat offender.

The DMV’s Hot List Project, is an attempt to help police agencies prevent unlicensed California drivers with prior DUI convictions from being on the road illegally. To help with this project, the California DMV sends bimonthly lists to police agencies of people who (1) have suspended drivers license numbers and (2) have revoked license numbers for multiple DUI offenders.

Starting January 1, 2019, new laws as they relate to ignition interlock devices came into effect in California. Only those arrested on or after January 1, 2019 will be affected.

Unless the situation warrants DUI sentencing enhancements, the usual consequences for a second offense in California may include 96 hours to 1 year in county jail, $390-$1000 in fines plus substantial penalty assessments, 2 years driver license suspension (which you may be eligible for a restricted license), at least 1 year of the ignition interlock device, and 18 or 30 months of DUI school.

A third offense, could possibly result in 120 days to 1 year in county jail, $390-$1000 in fines, 3 years driver license suspension (which you may be eligible for a restricted license), at least 2 years of the ignition interlock device and 30 months of DUI school.

The severity of the consequences can vary based on certain circumstances, for example whether there was an accident, and if there were any injuries.

The 4th DUI Offense – Is it a felony? 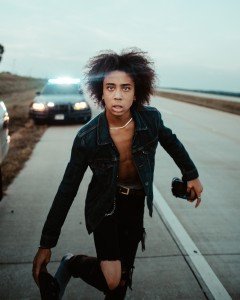 Yes, a fourth offense can and probably will be filed as a felony, which is the most serious classification for a criminal offense. It is highly unlikely that one will serve less than 1 year incarceration time in either a county jail or a prison. The offender will likely serve 16 months, 2 years, or 3 years in prison, pay up to $5000 in fines, 4 years driver license suspension, at least 3 years of the ignition interlock device and 18-30 months of DUI school.

If there are other penalties and assessments, the out-of-pocket costs can easily exceed $10,000 for a DUI felony charge in California. (This figure does not include any victim restitution or attorney’s fees.)

There are three situations that can promote a DUI offense to a felony status. A DUI may be charged as a felony at the prosecution’s discretion if:

Judges are not prone to show mercy to repeat offenders. In fact, they will be very upset that someone had a second chance and they didn’t “learn his/her lesson the first time.” In California, a DUI is a “priorable” offense, meaning that past convictions can be used to enhance the penalties of a repeat offense in the future (if it is within 10 years). The right attorney will first attempt to fight the newest charge and have it dismissed. If dismissing the case doesn’t work, the attorney will then try to delegitimize the prior DUI convictions to reduce the offense of the current charge. Finally, an attorney may negotiate a plea bargain on behalf of the client or take the case to trial.

Call us if and when you need help with your DUI arrest!

Can you be legally forced to unlock your phone or laptop? 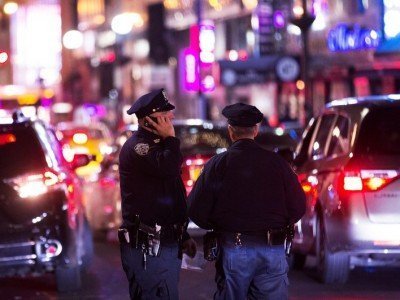 The US Supreme Court (hereinafter Court) recognized in the case of Riley v. California that cell phones are not like ordinary closed containers or physical objects when it comes to when their contents can be searched by police. The Court held that they are minicomputers that can contain the most intimate details of one’s life. Due to the immense storage capacity, combined with the many different types of private data contained, the Court held that the Fourth Amendment of the US Constitution requires law enforcement to get a warrant to search a cell phone, even in the event of an arrest.

But what if a device is locked or coded, can law enforcement force a suspect to unlock or decode it?

Majority of Americans now own several devices that are locked by a passcode, which can be a secret number, pattern,  alphanumeric password or by fingerprints or face scanners. These locks serve to make its contents inaccessible and unreadable until unlocked or decoded by an authorized user.

While the lawfulness of a device search is a Fourth Amendment issue, the Fifth Amendment right against self-incrimination is the key defense against forced decoding…you can’t be forced to give up information that could incriminate you!

The act of decoding a device may be a violation of the Fifth Amendment if it explicitly or implicitly conveys the fact that certain data exists or is in the possession, custody, or control of an individual. Such an act of production may itself be incriminating or effectively acknowledge the existence, possession and control, and authenticity of potentially incriminating evidence on a device. This analysis often depends on the type of lock used. 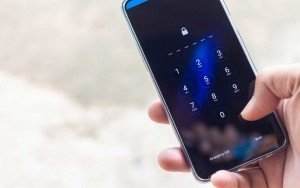 Passcode Locks: Courts have generally found that forcing individuals to provide their numeric or alphanumeric passcode is potentially incriminating under the Fifth Amendment, as it forces the defendant to reveal the contents of his own mind. It is similar to forcing the production of a combination to a wall safe, which is incriminating, as opposed to surrendering the key to a safe, which is not. 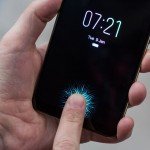 Biometric Locks: Some courts have found nothing testimonial under the Fifth Amendment about forcing the production of biometric keys, such as a fingerprint, similar to those that gather physical evidence. Recently, others have begun to hold that forcing the production of a biometric key is just as incriminating as a numeric one. From this perspective, biometric features serve the same purpose of a passcode, which is to secure the owner’s content, practically making them functionally equivalent.

If there is a question concerning whether the search of your cell phone or laptop was legal, call us to discuss the matter.

Coachella Music Festivals, You and the Cops, 2019 version

Everything that we told you in Parts 1, 2 and 3 of our Coachella Fest series is still true for this year. 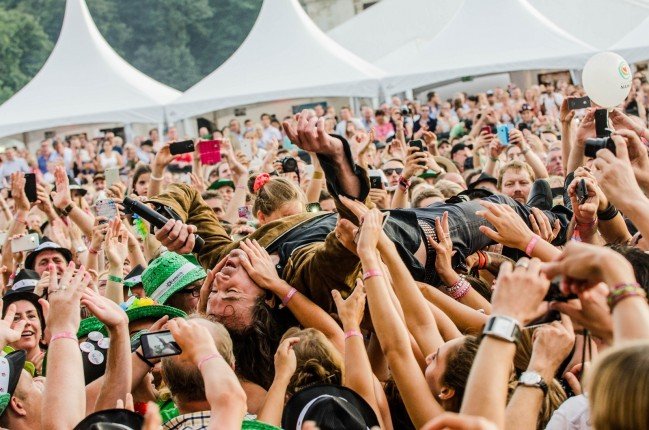 In fact, we saw all of the same police activity in 2018 that we have seen in the previous 10 years of Coachella Fest.

The cops aren’t getting any sharper on their game, so you need to!

You should heed all of the tips we gave you last year as to how to NOT get arrested for drug possession at the festival…don’t make any weird or unusual hand movements that look like you are moving some small item from one part of your person or clothing to another part and don’t hand to or receive from someone else any drugs when you are out in the open either inside the entrance gate or just outside it or even in the campgrounds and parking lots. That person nearby or in visual range who looks like just some bum or just a party person may actually be a bum cop or a partying cop! You won’t know until they swoop down on you to search and arrest you.

So, if you need to move something from one place to another on your person, go into a bathroom stall/portable potty to do it. If you need to hand something to someone else, find a private location to do it or put the item in a large innocent looking container like a bag or a jacket that you can pass to the other person…but, don’t stash it in the container until you are out of view first.

So, what do you do if you get arrested, if you have already made some statement to the cops and it is too late to assert your 5th Amendment right to remain silent, then just be nice to the cops and cooperate with them to the extent that is necessary. You do not need to say anymore than to just answer their questions with short direct answers that only answer their questions. Don’t try to make it better for yourself by whining and crying or giving up information about where you got the dope, it won’t work and it won’t get you out of the arrest.

Once they have you and the evidence, they are going to go through with the arrest. So, just go along with their program at that point and they will let you go back into the festival once they have completed the arrest booking process.

REMEMBER, YOU HAVE CONSTITUTIONAL RIGHTS TO BE FREE OF UNLAWFUL SEARCH AND SEIZURE!

Use those rights, and then call us. We will be working the weekends of Coachella Fest and StageCoach.

If you have questions, are getting hassled by the cops, need representation or just need to speak to someone about any related problem that you may have, call us immediately.

The SB 1046 “Ignition Interlock Device” law that you need to know about. 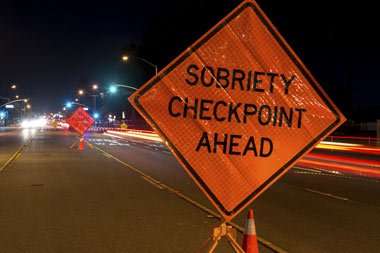 You have probably heard that there are new California DUI laws coming in with the new year.

The one new law that is making the most news is the Ignition Interlock Device (SB 1046, Hill) law. An ignition interlock device is a breath machine that is
installed in your car by a state licensed and authorized provider. The machine is designed to NOT allow your car to start up until you blow into the machine
and register no alcohol in your breath. If alcohol is detected, your car won’t start.

The new law is scheduled to be in effect from January 1, 2019 to January 1, 2026. This law mandates that repeat offenders for driving under the influence
(DUI) and first time DUI offenders whose violations resulted in injury, must install an ignition interlock device (IID) for a period ranging from 12 to 48 months. This law also allows those who receive a suspension under the Administrative Per Se law (DMV action) to obtain an IID-restricted driving privilege, and receive credit toward their required IID restriction period if they are later convicted of a DUI. These provisions apply to DUI violations that involve alcohol or the combined use of alcohol and drugs. They do not apply to drug-only violations.

Additionally, courts have the discretion to order a non-injury first time DUI offender to install an IID for a period of up to 6 months. If the court does not order IID installation, a non-injury first time offender may voluntarily apply for a driver license with IID restrictions or restrictions that allow them to drive to, from, and during their employment and to and from a DUI treatment program for 12 months.

This new law was previously an IID pilot program in effect in Alameda, Los Angeles, Sacramento and Tulare counties for the past 2 years.