Coachella Music Festivals, You and the Cops

Coachella Music Festivals, You and the Cops 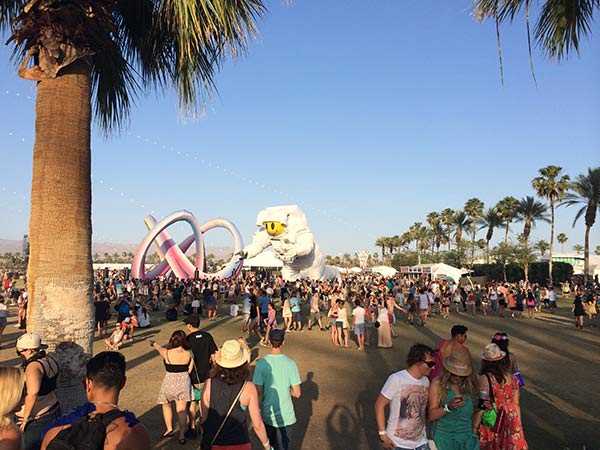 We have become very knowledgeable about how and why people get arrested at Coachella Fest, Stagecoach and all other music festivals that are now almost year round in the Coachella Valley, California.

Over the past nine years, we have represented hundreds of people who have been arrested for various offenses such as felony sale and possession for sale of drugs, misdemeanor drug possession, assault, battery, possession of fake ID’s, minors in possession of alcohol, furnishing alcohol to a minor and the unlawful use of someone else’s handicap permit, which is in fact, a misdemeanor offense.

If you read this, you may avoid detection and arrest for any public offense that law enforcement (LE) believes you may have committed at these music festivals.

We have taken our years of research into why and how our numerous clients have been arrested at various Coachella music festivals and summarized it into various generalizations that may seem to be obvious to you when you read about them in the written word. But, they were not so obvious to the people who were actually arrested for assorted drug, alcohol and identification offenses. And, they won’t be obvious to you either when you are out partying, if you have not read our blog.

UNDERSTAND that the promoters of Coachella music festivals don’t care how many people get arrested at their events. So, if you are thinking that they are going to discourage a heavy law enforcement presence to keep their customers happy, you are wrong.

The promoters not only encourage the LE presence, they pay an extra fee to the local city and county governments and to the State of California for the cops to be there. Think about it…overtime pay for the cop’s summer vacation is always a welcomed bonus for the government. The promoters want to make them happy.

LOCATION is another commonly misunderstood factor that you need to consider. Yes, Coachella is out in the middle of nowhere, almost like Burning Man or Bonnaroo. But, unlike those festivals, Coachella is in Riverside County, California…one of the most law enforcement oriented counties in the state and country (yes, Riverside County has the highest rate of sending people to Death Row than any other county in the country).

COPS WILL BE THERE at the event you go to.

How many, and how will you know who they are?

There will be hundreds and some will be in uniform, but most will be undercover trying to blend in to the crowd. This is a critical point that you should understand…you will not easily be able to identify who the undercover cops are. The promoter of the music festivals contracts with the California Alcohol Beverage Control Department (ABC) to provide their undercover cops at the festivals. So, these are not people that are usually out on the streets in patrol cars. These are people who walk around the festivals in bikini tops (females), torn jeans and generally looking just as fun-loving as the next festival goer. They may appear to be alone at times, but there are always other ones watching the one who may approach you.

Do NOT trust anyone by the way they look. Do they have to tell you they are a cop if you ask them if they are? NO, they do not. The law says that cops can lie to you to get you to incriminate yourself. Can they ingest drugs to get you to believe they are cool? Sure they can. So, we advise that you NOT give away or sell any drugs or alcohol to anyone that you meet for the first time at a music festival.

Watch for our next blog that will tell you how to act when you get to the festival to best avoid an arrest, and what to do and say if you are arrested.